We imagine a world where families no longer look at their finances with fear and dread. We imagine a time when no one needs to decide whether to pay a bill or feed their family. We want to see our members and our communities flourish.

NorthRidge Community Credit Union is a full-service financial institution. We are progressive, family-oriented, and member owned and operated. NorthRidge offers checking and savings accounts, financial security, a broad range of personalized financial services, and competitive rates on savings and loans. We have five locations on the Iron Range: Hoyt Lakes, Biwabik, Virginia, Hibbing, and Ely.

More than that, NorthRidge has a strong focus on providing help and service to those who may struggle to find it elsewhere. NorthRidge wants to ensure that our broad range of services are accessible and available to as many people as possible in our communities. We focus our lending program on being non-judgmental. Our loan decisions are based on the person, not the credit score. We believe in relationship building over credit scores.

For the last four years, NorthRidge has worked towards certifying ALL staff as financial counselors through the Credit Union National Association. This certification provides our team with great financial knowledge and a better understanding of who our members are, what challenges they may face, and how we can best serve their needs.

NorthRidge has a vision to empower our communities by sharing financial knowledge and services to as many people as possible. We believe everyone can be financially secure. We will provide the tools to remove the fear and help people reach financial wellness.

Without NorthRidge, many good people would be struggling financially. We help lift the burden from our members and give them a hope of a better tomorrow.

Ask a Question
Become a Member
Skip A Pay Program

A blast from the past…

NorthRidge Community Credit Union has some great history on the Iron Range, dating all the way back to 1957.

Finally, in 1962, Hoyt Lakes Taconite Credit Union moved to a new location near the Hoyt Lakes shopping center and had a stand-alone presence. Then, in 1972, the field of membership opened even more to include family of credit union members. In the coming years, the field of membership continued to expand, and the credit union became a community charter. The name was changed in 1974 to Hoyt Lakes Community Credit Union.

Fast forward to 1998 when the second office opened in Biwabik’s City Hall building. The current office location at 222 Main Street opened in September of 2000. Three years later, the credit union expanded its membership once again to a three-county area that includes St. Louis, Lake, and Itasca counties.

Our fourth branch on 1321 Sheridan Street in Ely came in 2012 when Ely Steelworkers Credit Union merged into NorthRidge.

And finally, our most recent branch addition in Hibbing came in 2018 when Minnesota Ore Operations Employee Credit Union merged into NorthRidge. Our new building is currently under construction, and we will be moving to the new location in Spring 2022! 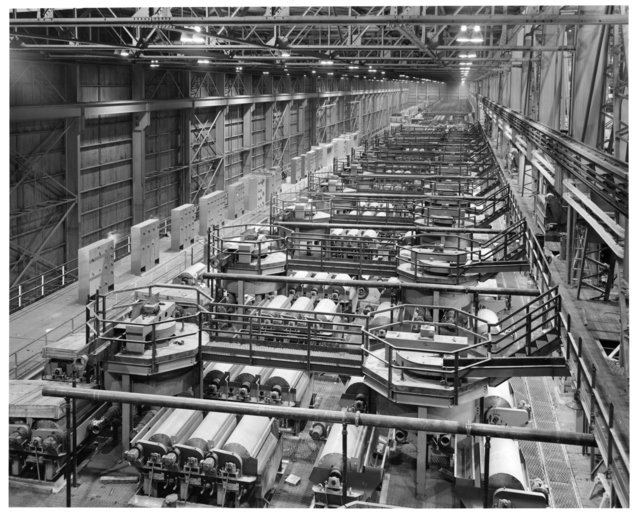