The Department of Homeland Security has designated each September as National Preparedness Month to promote disaster planning for families and communities. This month encourages everyone to plan now, and throughout the year, for possible emergencies.
People from all levels of income experience the hardship of rebuilding their lives after a disaster or emergency. In that stressful time, having access to personal documents including financial, insurance, medical and other records is vital for ensuring that your recovery process can start quickly and easily. Ready.gov notes these important items to remember.

END_OF_DOCUMENT_TOKEN_TO_BE_REPLACED

In August, one of the last things we want to do is think about the winter months ahead. However, taking advantage of warm weather now, can save you money and time when the inevitable winter arrives. There are many different tricks and tips for saving on your heating bill, and your friends at NorthRidge want to help prepare you!

There are many different tips and tricks we can use to prepare for winter, but the best tip is staring early! Often, we wait until the cooler weather arrives, and must power through any last-minute preparations. Use the warmth of August to “enjoy” preparing for winter. If you realize your home could truly benefit from bigger projects, such as more insulation and new windows, don’t forget your friends at NorthRidge Community Credit Union can help you with those bills! There are many different options from a Home Equity Line of Credit (HELOC), 2nd Mortgage, or even a personal loan to help cover your costs. For more tips and tricks, and even a home assessment check out: https://www.energystar.gov/campaign/assessYourHome

Dear Members,
2019 was an incredible year for NorthRidge Community Credit Union! The credit union remains healthy, vibrant, and growing. This continual positive momentum is a testament to the amazing members and hard work the NorthRidge team has put forward. We know that our success comes from you, our members, and you have shown us that our focus on the credit union motto of “people helping people” is an important one. The team at NorthRidge works to help every member find the right mix products and services that best fit them by listening to and trying to understand everyone’s unique story.

END_OF_DOCUMENT_TOKEN_TO_BE_REPLACED

How has my credit union given back?

In 2019, NorthRidge pushed to give back more than ever before to our communities! Throughout the course of the year, the NorthRidge team donated to the Children’s Miracle Network, the Aurora Food Shelf, the Northeast division of Toys for Tots and hosted blood drives at the Virginia office and at the Hoyt Lakes Arena with the Hoyt Lakes Chamber of Commerce. NorthRidge has also been very active with the Hoyt Lakes Water Carnival and has orchestrated the kids races and sand pile for three amazing years.

Other large community donations were given to Caring for the Kids Community Nonprofit, which is building an all-inclusive splash pad this summer in Aurora. Hoyt Lakes Library also had a need for new chairs, and our membership was able to help take care of that need.

END_OF_DOCUMENT_TOKEN_TO_BE_REPLACED

Just like you, NorthRidge Community Credit Union is watching the events around COVID-19 unfold. It seems
clear that this unbelievable event will impact us for some time to come. Here at NorthRidge, we have been
assessing the impact on our members, team and business and have been working on the ways to safely
resume business operations. We’ve instituted policies and procedures that follow guidance from the CDC,
Minnesota Department of Health and local recommendations.

As we plan to re-open our lobbies, we are focused on maintaining the safety, health and well-being of our team
and all of our members. In order to do this, we have had to adjust some of our practices and create some
simple restrictions:

END_OF_DOCUMENT_TOKEN_TO_BE_REPLACED

Many people worry that their funds at a credit union are not insured as securely as a bank insured by the FDIC (Federal Deposit Insurance Corporation). However, did you know that no member has ever lost money from an NCUA (National Credit Union Administration) federally insured credit union? That is because FDIC coverage is the same as NCUA insurance coverage. The only difference is that FDIC handles federally insured banks, and the NCUA handles federally insured credit unions. NorthRidge Community Credit Union is insured by the NCUA, but what does that mean exactly? The simple answer is that up to $250,000 per share owner is federally insured. The Dodd-Frank Wall Street Reform and Consumer Protection Act of 2010 placed the $250,000 standard share insurance account in place permanently. Every member’s accounts and insurance values are unique to them in different ways. Here are the basic NCUA coverage limits:

There are many factors that go into how accounts can be broken up to fully utilize the coverages of share insurance through the NCUA. This link can help you make sure you are as protected as you can be: https://www.mycreditunion.gov/insurance-estimator If you have more questions please reach out to your friends at NorthRidge. We are Credit Union Certified Financial Counselors and are always wanting to help you with your financial successes!

Life is not how many of us pictured 2020 being. We were coming out of winter hibernation, only to be placed under a “Stay-At-Home” order by the Minnesota Governor. This has affected many of us in our communities and has forced many to be laid off because of the Coronavirus Pandemic.  If you have been affected by COVID-19, there are some changes from Coronavirus Aid, Relief, and Economic Security Act (CARES Act) that may help you through this time. On March 27th, 2020 President Trump signed the act into law. Below are some highlights of the major changes the CARES Act addresses for temporary help:

Please remember all of us at NorthRidge are here to help you through these difficult times. We are offering different options that might give some light at the end of the tunnel for you regarding current loans, or potential lending opportunities. Our staff are also Certified Credit Union Financial Counselors and would be glad to help you manage your finances at this time. You are not alone, NorthRidge is still open, still serving, and still here for you.

This month we are taking a different direction for Women’s History Month. The names Dora Maxwell and Louise McCarren Herring may not ring a bell with you, but they are two very important women in Credit Union History.

Let’s start off with learning more about Dora Maxwell. Dora started her credit union pioneering in New York state. In 1932 she was appointed head of the CUNEB branch in New York, New York. Two years later in 1934 she was a delegate to the 1934 Estes Park conference which established the Credit Union National Association (CUNA). Over the next several years she represented and promoted CUNA Mutual Insurance and represented CUNA in the eastern part of the country. She was the go-to connection for groups wanting to start a credit union and helped direct them to their corresponding state credit union leagues. In 1946 she was the director of the Organization & Education Department. Because of her accomplishments during her career, she is the namesake for the Dora Maxwell Social Responsibility Award that CUNA presents each year to credit unions for social responsibility projects in their communities.

Louise McCarren Herring was another influential woman in credit union history, she is even referred to as the “Mother of Credit Unions”. Louise was an attendee at the Estes Park Meeting that started CUNA along with Dora Maxwell. Louise was committed to the credit union movement and helped establish five hundred credit unions. She also helped establish the private National Deposit Guaranty Corporation, now known as American Share Insurance.  Louise also co-founded the Ohio Credit Union league and managed the KEMBA Credit Union in Cincinnati. She was later inducted into the National Cooperative Business Association’s Cooperative Hall of Fame in 1983. CUNA rewards each year the Louise Herring Award for Philosophy in Action. Which is awarded to credit unions that commit to the “not for profit but for service” philosophy.

There are many other important women to the credit union history, but these two helped lay the groundwork for the credit union system still standing today. All of this was done in an era that did not receive successful women with the most respect. Many of their early accomplishments were done only a few years after women were granted the simple right to vote in the USA. Credit Unions continue to lead women’s equality. According to a CUNA study in 2018, more than half of credit unions CEOs are female, which is significantly more than traditional banking CEOs. This month NorthRidge wants to thank all our wonderful women who help make the credit union great! 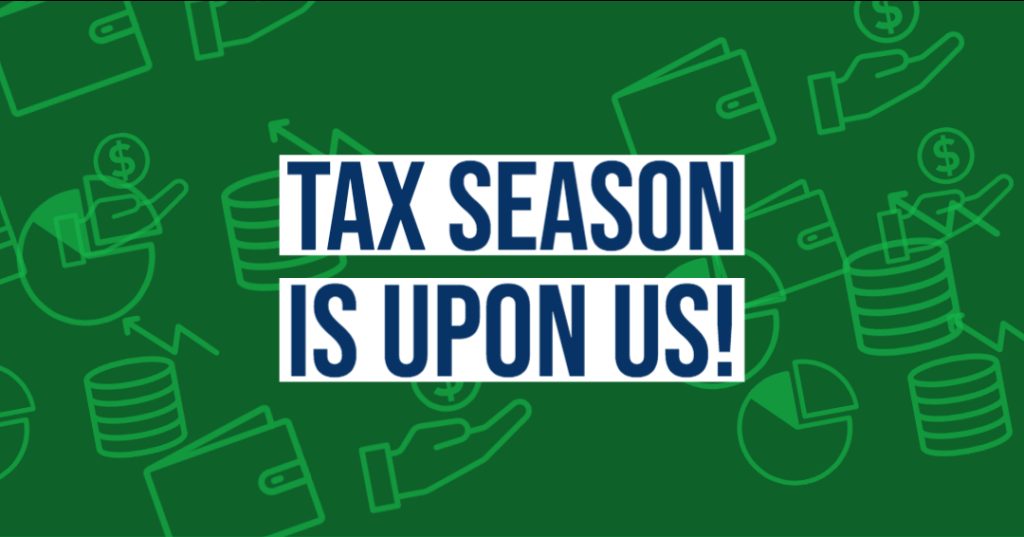 With tax season upon us, many will be seeing tax refunds crediting our NorthRidge Community
Credit Union accounts. What are some ways that you can better utilize your tax refund? We will dig into
some options that could help you improve your financial life in the year 2020!

These are just a few examples of how to use your tax refund to better your personal and financial
lives. One thing to remember is always pay attention to your tax deductions. If you are getting a larger
tax refund each year, it means you may be withholding more each paycheck then is needed. However,
you do not want to withhold too little and owe money for taxes. As always, your friends at NRCCU are all
Certified Credit Union Financial Counselors and are willing to sit down and help you budget and grow
your savings! 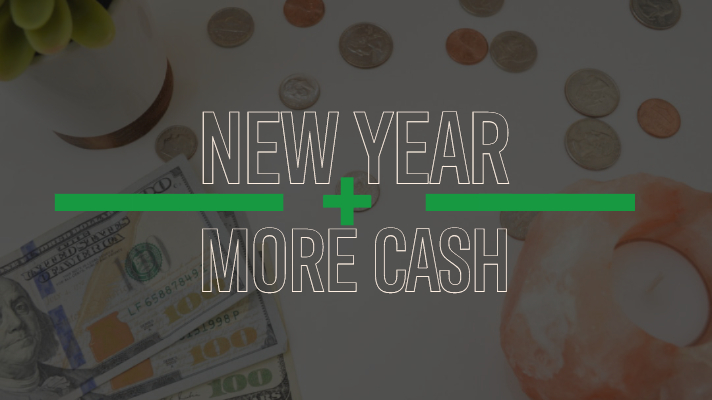 The New Year is always a great starting point to change our habits for the upcoming year. How can little changes to savings add up though? Let’s look at some simple options that can start your savings off in the right direction.

There are many ways to work towards a savings goal each month! The goal is finding what works for you, and your budget. Every little bit saved does add up more than you think. If money for Christmas was more tight than you wanted, maybe adding a Christmas Club account would be perfect for you. Please speak with any of our financial experts for ways to start building your savings today!

What I Started
Font Resize
Accessibility by WAH